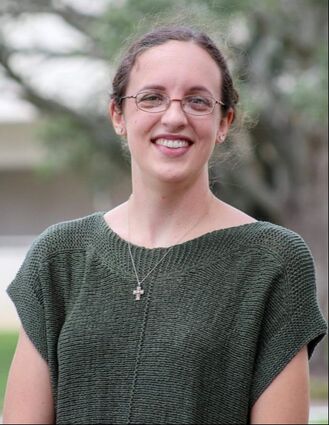 I’m just your average small town country girl, brought up in a devout Christian home under stateside missionary parents. That being said, I have roots in three different places throughout the United States: Texas, Ohio and Florida.

Being home-schooled with four younger sisters, I grew up learning all the basic Bible stories and to memorize all the books of the Bible in order. Scriptures like Joshua 1:9, Psalm 119:11 and John 3:16 were ingrained into our memories at young ages. All the good old-fashioned Christian values of being a godly woman were also instilled into us by our mom, in addition to many of the usual “American way” values. You could say we learned everything there is to know about being a Christian and an American. Honesty, loyalty, respecting your elders, being hospitable, working hard to earn your money… you name it, we probably learned it.

Despite growing up with the “default” Christian beliefs however, it wasn’t until my junior year of high school when I realized there was so much more to being a Christian than just confessing my sins and believing Christ died for me. I entrusted my life to Christ and was baptized when I was 13. Four years later, at age 17, I realized there were still two things missing. An intimate relationship with the Father in whom I trusted, and the need to be open, proud and eager about that relationship.

After three years of state college, I transferred to the University of South Florida, St. Petersburg. Of course, my first goal upon moving to the campus was to find a church that I could get plugged into, but I found so much more than that. I found a “family of missionary servants” that was all about reaching the college campuses with the Gospel of Christ. Through CoMission, a discipleship ministry organization on the USFSP campus, I realized just how important it is to share the Gospel with the people around me; to show broken people the love of Jesus.
​
Upon graduating from USFSP with a Bachelor’s degree in English, I struggled with trying to discover God’s will for my life. I was discontent with what I had and where I was; I wanted a change of scenery. So after a year of utter complacency and lacking motivation, the Lord brought me back to St. Petersburg, an urban coastal city where cultures and spiritual beliefs come in many (and colorful) varieties. I immediately got plugged back into CoMission, this time as a full time staff member with the role of an Executive Assistant, and my vision for the desirable “American Dream” has been completely transformed. I’ve since had the opportunity to build a team of support partners (financially and prayerfully) and am learning to be content with where God currently has me for this season of life. Both my strengths and weaknesses have been stretched to the max---physically, mentally, and even spiritually---as I have taken on and learned administrative tasks that are foreign to my area of expertise. Bookkeeping,  managing multiple schedules and making phone calls are included, plus some enjoyable proofreading and editing tasks (at least I get to put my degree to some use). But the opportunity of doing this missional work for the Kingdom of Heaven is truly an honor and privilege, regardless of its everyday struggles.